PORTLAND, Maine — They told us the Hellcat Redeye Widebody is a "Hellcat that's been possessed by a Demon." But what I'm telling myself is, Save it for the track. I hadn't even put the pedal all the way to the floor, and the world around me had warped in my peripheral vision. I peeled my skull from the headrest and contemplated the supercharger under the double-snorkel hood in front of me force-feeding air to the's 6.2-liter Hemi V8, producing a hair under 800 horsepower. With my stomach returning to its usual place, I tried to summon the patience not to roast the tires again.

Relax, enjoy the drive, explore the car, and save the rest for the track. I tried to restrain myself from adding to the many strips of rubber already smeared across the hilly, meandering roads between Portland, Maine and Club Motorsportsacross the state line in New Hampshire. But then there's always another stop sign, and something possesses me to misbehave again as I pull away. The 2019 Dodge Challenger SRT Hellcat Redeye includes a number of borrowed features that helped the Dodge Challenger SRT Demon slap me in the back of the helmet back at Lucas Oil Raceway. It has the same displacement Hemi with a 2.7-liter supercharger providing 14.5 PSI of boost. That pressure is thanks in part to the "Power Chiller," which diverts the A/C refrigerant to cool the air intake. It offers the torque reserve system for explosive launches, as well as the strengthened driveshaft to handle it all. It won't do a wheelie, but it'll scream in your face as it hurls you straight to jail. 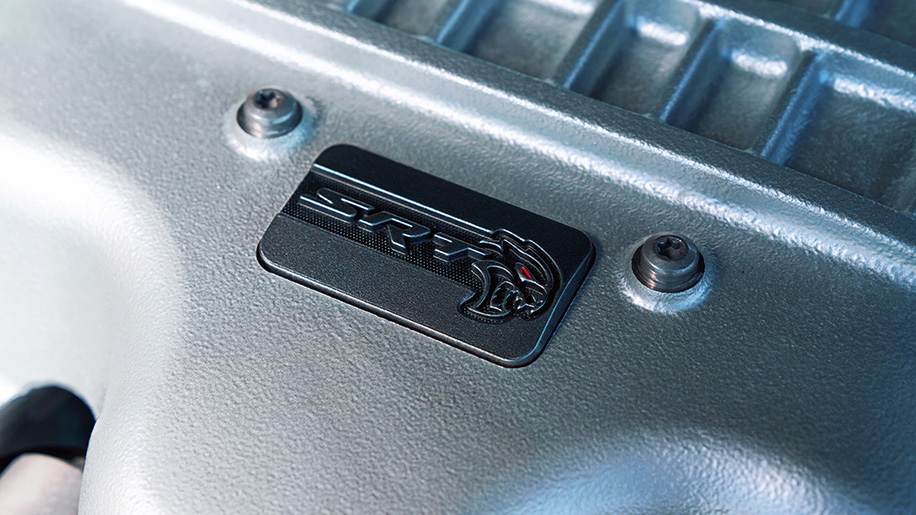 Compared to the standard Hellcat, it gets a higher top speed of 203 miles per hour, and quarter mile times reduced by a precious tenth of a second (11.1 seconds at 131 mph for the standard Redeye, and 10.8 seconds at 131 mph for the Redeye Widebody). That said, Dodge has ensured that Demon reigns supreme in the Challenger hierarchy. For one thing, the Demon has 840 horsepower and 770 pound-feet of torque, compared to the Redeye's 797 horsepower and 707 pound-feet. The Demon's suspension is specifically tuned for the weight transfer characteristics of drag racing, and can lift its front wheels off the ground if you nail the launch with the narrow tires on it. Also, while the Redeye does have line lock to let the rear wheels spin while braking the front calipers, it doesn't get the Demon's transbrake to keep the car locked into position as throttle is applied for launch. The good news for those who want to own a demonic Challenger is that the Hellcat Redeye is also more attainable than its elusive big brother. It starts at $72,745 (including the $1,395 destination fee and $1,700 gas guzzler tax), with the Widebody configuration adding another $6,000. The Demon started at $86,090. Perhaps more importantly, its production won't be limited to the 3,300 units that the Demon was, the end of which allows the Redeye to claim superlatives like "most powerful production V8" and "quickest production muscle car." And, in my opinion, the Hellcat logo is way cooler, especially with the glowing red eye as a subtle hint to the Shelby owner that pulls up alongside of you at a stoplight. 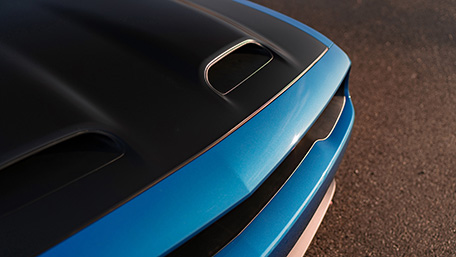 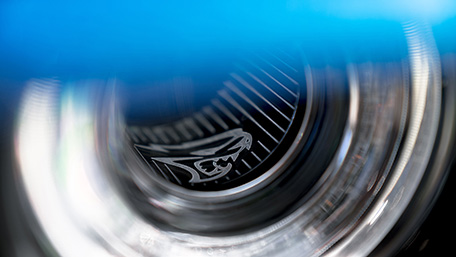 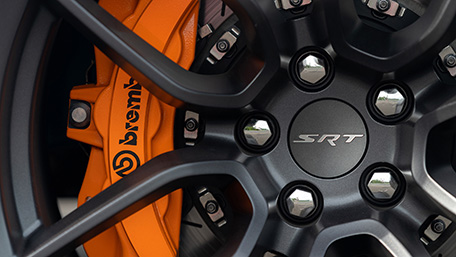 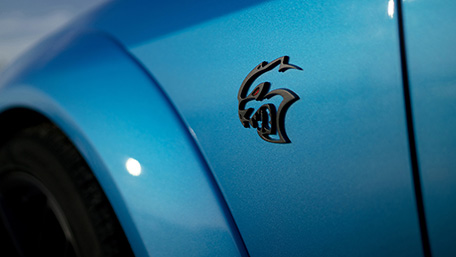 Driven sanely, the Redeye is actually a perfectly comfortable way to get around. With its handful of configurable settings in Street mode, the revs are kept low, shifts smooth, and suspension surprisingly pliant — though steering feel still remains hefty in its lightest setting. It wasn't until I shifted to Sport and felt the suspension tighten up that I noticed how much Street mode really cushions occupants from the bumps, cracks, and undulations in the road. At speed in Sport transmission mode, the engine drones loudly as it holds slightly higher revs, and the shifts give you a gentle kick in the small of your back. With traction set to Sport — or, even better, Track — the Redeye will happily spin its rear tires pulling away from a stop sign to the delight of the bored construction crew egging you on. The palpable difference between the Redeye's drive modes had me exploring the different combinations and marveling at the differences in the SRT Drive Mode screen, – particularly since the Custom setting lets you individually adjust the transmission, traction, suspension or steering. In a car with such a broad spectrum of behaviors and capabilities, one day of driving wasn't enough to exhaust my curiosity. 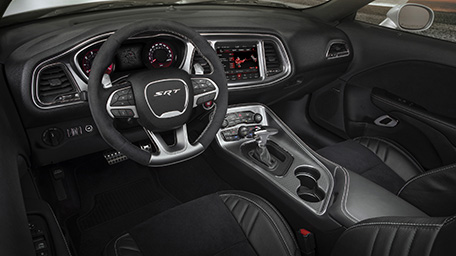 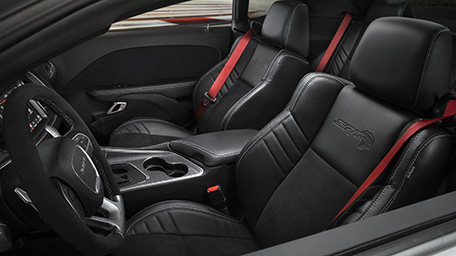 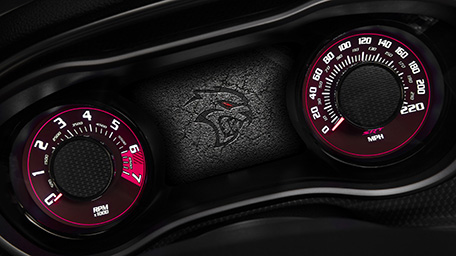 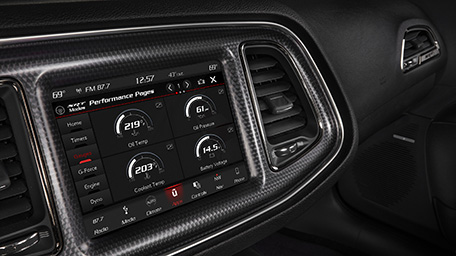 Despite my self-discipline on the public roads, I still got to experience the nigh-supernatural thrills of a coupe drenched in black magic. You don't have to double the speed limit to appreciate the way the Redeye Widebody claws its way to an instant sprint, shifting as fast as you could snap your fingers if only you could loosen your grip of the steering wheel. The way this car gums itself to the road as you throw lateral Gs at it is a ham-fisted riot. This car just clobbers its surroundings — asphalt, air, and human senses alike. Eventually, I made my way to Club Motorsports, a beautiful and challenging circuit built into the hillside. It's the same place I tested the Genesis G70 last month, so I was excited for another opportunity to tackle it in a much different vehicle. As it turns out, restraint is just as important behind the wheel of the Redeye on track as it is on the road, but for different reasons. Have you ever tried typing with boxing gloves on? The Hellcat Redeye is a tricky car to drive, simply because of the gnarly amount of power it can put down with a little pressure from the right foot. I found that I had to make a serious, concerted effort to slow myself down in order to actually be faster: dig into the brakes hard, feel the car wiggle with excitement as it transformed kinetic energy into heat, then aim for the apex and wait for the right moment to dip into the throttle. 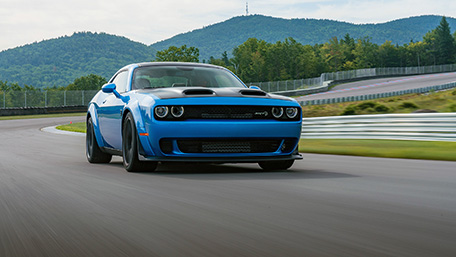 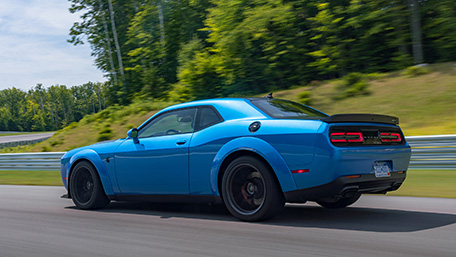 Then comes the hard part: restraint. Imagine Andre the Giant trying to squeeze juice from an orange directly into a highball glass without making a mess. That's how you have to get on the Redeye's throttle after passing the apex, caressing the throttle until the lateral forces have mostly subsided. Only then could I apply full forward force to the wide patch of rubber keeping the Challenger in contact with the pavement to avoid a chaotic cacophony free-spinning rubber. Some laps in the Challenger R/T Scat Pack proved a remarkable contrast to the Demon-possessed Hellcat Redeye. With a mere 485 horsepower (yes, I said it — driving a 797-horsepower muscle car shifts your perception a bit) from the 392 Hemi V8, this lesser Challenger lends itself to lead-footed thrashing of the throttle on exit. It'll do a little jig for you, but won't chasten you with a bawling, sideways slide if you aren't diligent with your hand- and footwork. It also won't get you around the track as quickly. The Redeye's refined Bilstein suspension with adaptive damping lends a nice sense of balance in a corner. It feels a subtle smidge easier to muscle the inside front tire toward the apex. Of course, the higher average speeds make on-the-fly calculations and precision steering just that much more of a challenge. Though the Redeye is more capable a car, it's also a tough son of a beast to master. For the customers who actually take the Redeye to a track with curves, that'll be a big part of what makes this car cerebrally entertaining for thousands of laps. 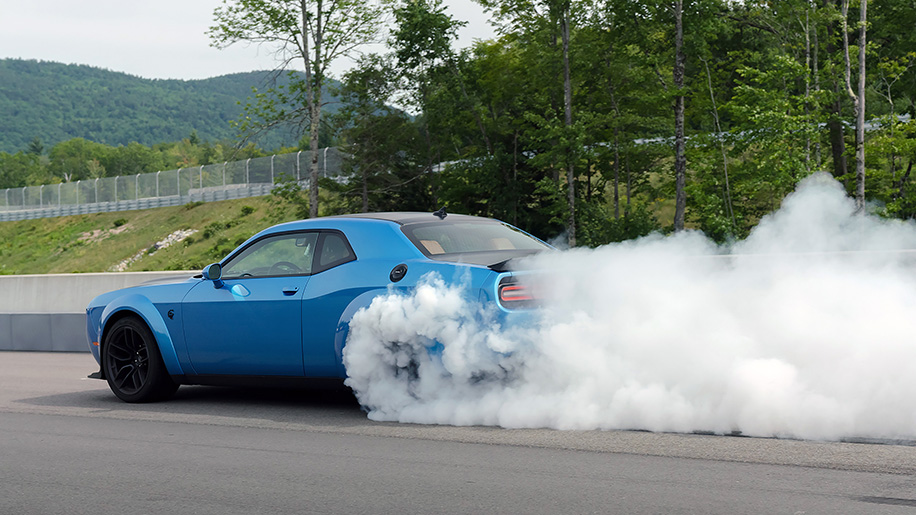 On the track, the R/T Scat Pack was more instantly gratifying than the Redeye — and probably a better entertainment value. You get a lot of fun in a manageable package for a lot less dough, and the consensus among Autoblog staff leans toward the 392 as the smart Challenger buy. I could get right in it, manhandle it around the course, and feel slightly heroic without having to pull my punches past the apex. Granted, that sort of driving is more like cheap fast food, a quick dopamine hit that eventually wears off without the prolonged benefits. Improving corner to corner in the Redeye, though, was more like learning to prepare haute cuisine at a world-class restaurant. It takes more time and effort, but it's a whole different level of thrills and skill that leaves its mark on your soul. I threw in the towel at the track long before the cars began to tire, and just as it began to rain. One of the Dodge crew sent us off with a fantastic burnout in one of the cars. After that, I got back into another Redeye for a relaxing, comfortable drive back to Portland, happy to know that unlike the Demon — which will go down in history as the rare, niche car it is — the Hellcat Redeye will get a longer run to test the grit of true automotive thrill-seekers.