SOUTH TYROL, Italy — In September, the tight mountain switchbacks of the Dolomites echo with the sound of cyclists and tour buses full of Europeans enjoying the last vestige of summer. Our pace slows to a crawl lest we knock a rider over the side of the Alps with the 2019 Audi Q3. Still, even the Italian bus drivers can occasionally move with gusto, giving us the chance to stretch Q3's surprisingly capable legs. Like traversing northern Italy in late summer, the first-gen Q3 sounded great on paper. The reality wasn't so rosy. The original Q3 hit the American market in 2015, just as the compact crossover craze was kicking off. The model was basically a Volkswagen Tiguan (itself based on the sixth-generation Volkswagen Golf) with a fresh design. It felt dated compared with the rest of Audi's lineup, since it'd already been on sale in Europe for several years before it made its way to North America. Yet the Q3 moved more than 1.1 million units worldwide over its seven-year run. Still, compared to newer and more lively products like the Volvo XC40, BMW X2 and Lexus NX, the Q3 needed a makeover. 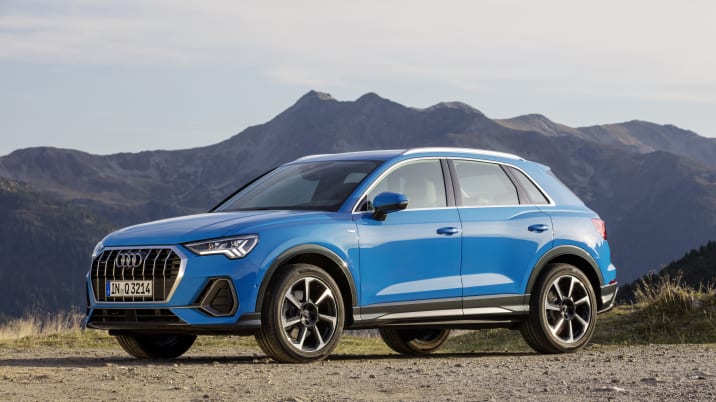 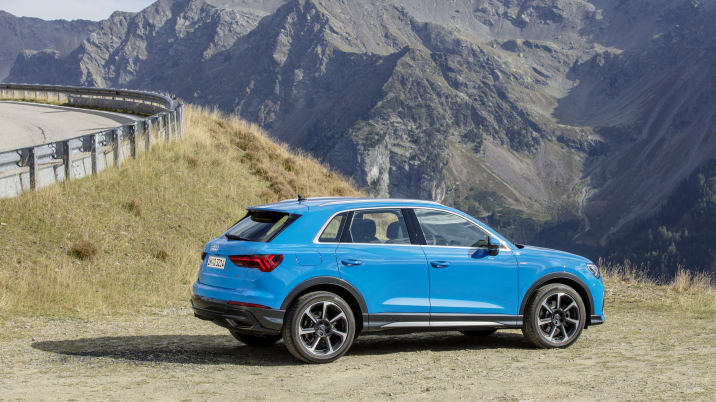 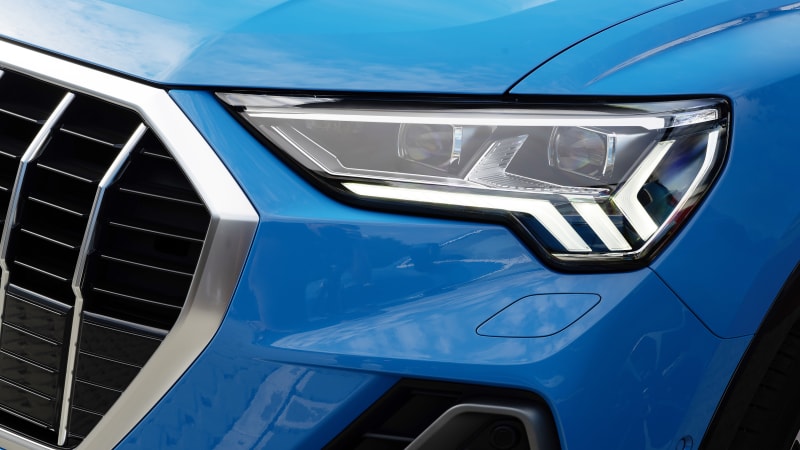 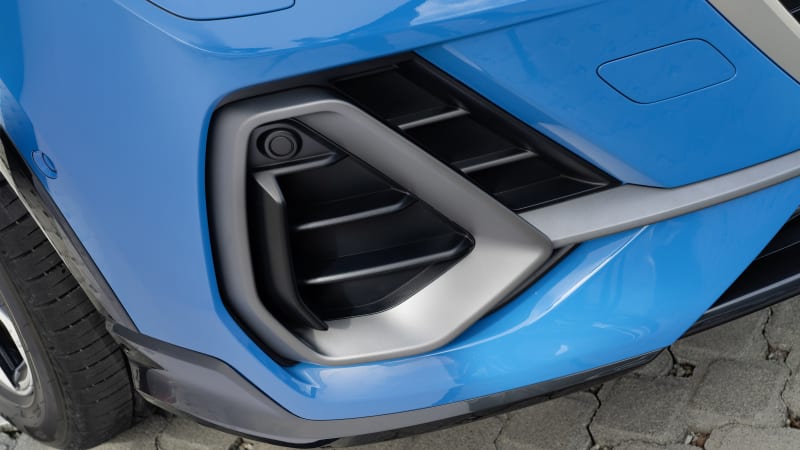 Like the most recent crop of Audis, the 2019 Q3's design is an evolution of the outgoing model. All the brand hallmarks are present — wide, octagonal grille, sharp fenders and copious amounts of LED lighting. The Q3 is aimed at both younger buyers as well as empty nesters looking for something small and stylish, drawing more influence from the striking new Q8 than it does from the more conservative Q5 or Q7, especially up front. There are a variety of wheel designs and bright colors not usually found in the German rainbow (black, white, silver and grey) like Pulse Orange or Turbo Blue. Overall, it's handsome and fun without being too cutesy, or compromising cargo or passenger space to chase a trend for pinched rooflines. We were driving Euro-spec models, though the only real difference is that America gets an eight-speed torque converter automatic. The interior — from the design to the materials to the ergonomics — is right there with Volvo as best-in-class. It's still very clean and German, but it no longer feels like a budget model, one of the weaknesses of the outgoing Q3. The buttons and switchgear no longer feel like they're lifted from a Golf, but instead feel as if they're filtered down from more expensive models. Leather seating is standard. There's still a bit too much piano black and Alcantara, two premium interior clichés at this point. Volvo might make more interesting use of wood and leather, but the Swedes can't match the German's tech, especially Audi's new infotainment system. The latter takes the clean simplicity of the outgoing model and pairs additional apps, more customization, and touchscreen controls with a hugely impressive handwriting recognition system that can read whole words without having to slowly input each letter. The Q3 has up to four USB ports, including a single USB-C port. 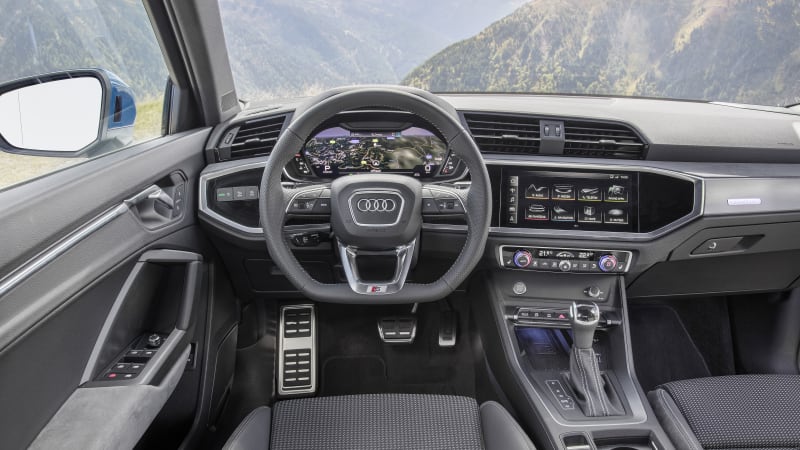 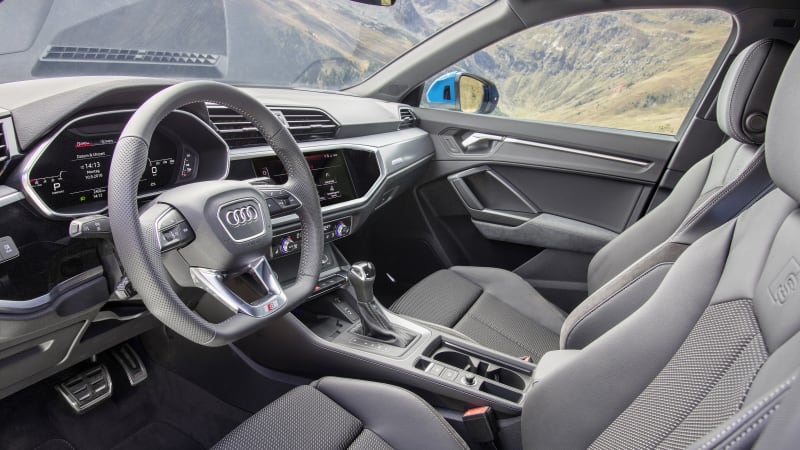 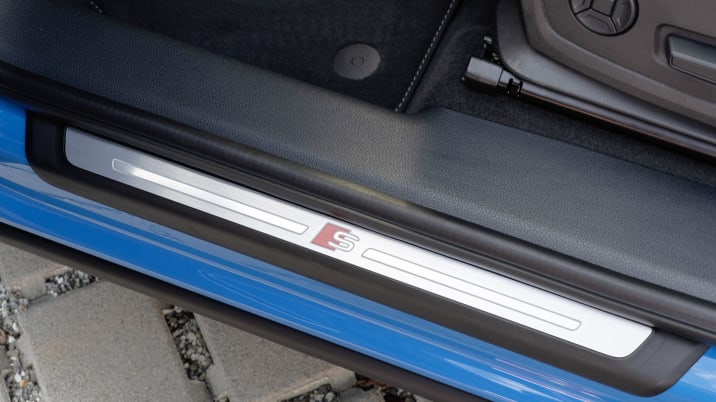 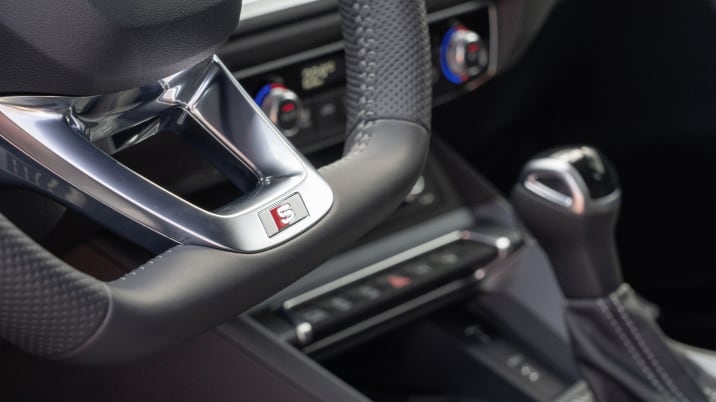 Other features include a wireless charger/signal booster (the latter works even on phones without wireless charging), a sweet Bang and Olufsen audio system, adaptive cruise control, cross traffic alert and a 360-degree camera. A six-month trial of the Q3's Wi-Fi system comes standard. Combine all that with the optional Virtual Cockpit digital instrument cluster, and you have an interior that's miles ahead of most in terms of both design and technology, at least for now. Like so many other Volkswagen Group products, the 2019 Q3 is based on Volkswagen's MQB platform, so there's still a lot of Tiguanunderneath. The new Q3 is roughly the same height as the outgoing model, but overall length is up 3.8 inches, 3.1 of which are between the wheels. The additional wheelbase has two main benefits: the first is increased rear-seat room, something helped even further by the standard sliding rear seats; the second is high-speed stability. For the U.S., power comes solely from two versions of Volkswagen's near ubiquitous 2.0-liter turbocharged inline four with two different tunings. Base models make 184 horsepower and 236 pound-feet of torque, while upper trim models make 228 horsepower and 258 pound-feet of torque. Power is sent to all four wheels through an eight-speed automatic. During our drive, the only powertrain available to test was the more powerful 2.0-liter, paired with a seven-speed dual clutch transmission that won't be available for U.S. consumption. On the road, the Q3 feels genuinely sporty, like a hot hatch in fashionable running shoes. The quick and light steering is paired with a suspension that keeps body roll in check through a corner. The Euro-tuned suspension is firm, some of which is down to the 20-inch wheels, but the benefit is that the Q3 soaks up bumps without bouncing and wallowing. Through the Alps, the Q3 felt planted and could string corners together with surprising grace. It's not as buttoned down as the Mk7 Golf or any of its variants, but the family resemblance is there. That should be good news for those holding out for the likely SQ3. It helps that the engine is eager to rev. Torque comes low and early, with negligible turbo lag, and the engine gives off a nice, subdued growl at high revs. The seven-speed dual-clutch in our test cars shifted quickly, though it stuttered a bit when creeping in first gear. Expect the eight-speed automatic headed for the U.S. to be a bit better at low speeds. The front seats proved comfortable over a long day of driving, though I do wish there was a bit more lateral support. The biggest issue with all-day comfort is some mild wind noise from the A-pillars. 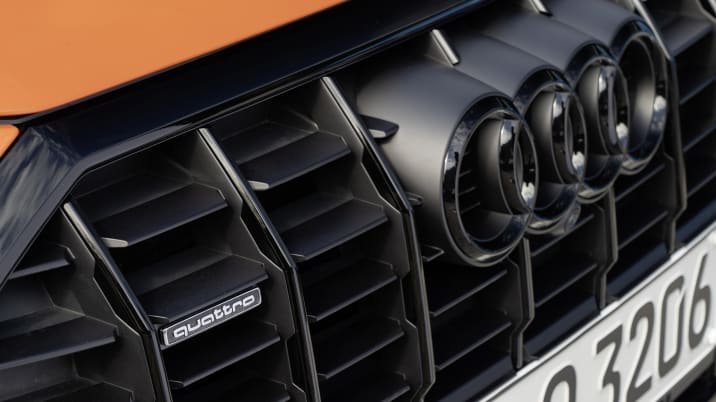 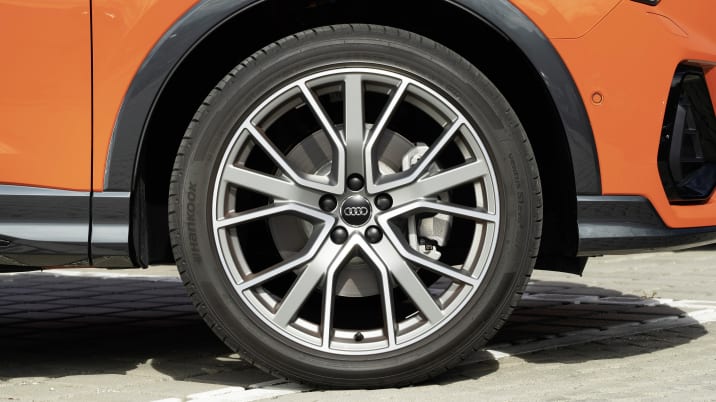 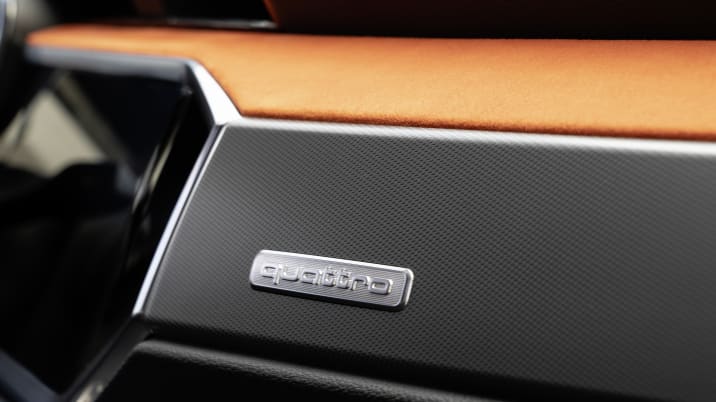 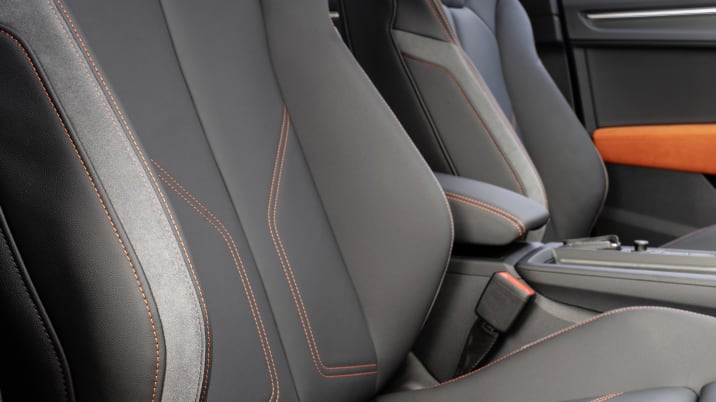 The 2019 Q3 won't go on sale in the U.S. until summer or fall 2019, so standard equipment, pricing and official fuel economy numbers aren't yet available, but expect a base price in the mid-$30,000 range. The current model starts at $36,775 when equipped with all-wheel drive. The competition are all right on top of each other. A similarly equipped Volvo XC40 starts at $36,195, a BMW X2 at $36,895, a Mercedes GLA at $35,950 and a Lexus NX at $38,580. The Audi has a better interior than all but maybe the Volvo, and there it's a matter of personal taste. The Q3 drives better, too, with a chassis that feels a bit more lively than the others and a punchy turbo four. Even the X2's engine — despite having identical horsepower and torque ratings — can't match the Audi's buttery smooth powerband. That said, the Lexus has a hybrid option (a plug-in XC40 is on the way) and the Mercedes-AMG GLA45 offers a lot more performance. The 2019 Q3 is a real sweetheart. It distills Audi's strengths — handsome designs, engaging dynamics and a premium feel — into a compact package. Unlike the outgoing model, it feels like a true Audi rather than a Volkswagen with a thin appliqué of Ingolstadt veneer, and it doesn't compromise functionality, visibility or refinement in favor of overcooked styling and a discount interior like the GLA or X2. If crossovers are the new norm, the 2019 Q3 is step in the right direction and a marked improvement over the outgoing model. It's a crossover that's nearly as good to drive as any hatchback, and its biggest issue is America's year-long wait.